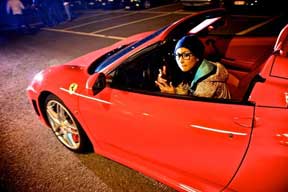 (NewsUSA) – In the rap game, business is a booming. But the MCs making new waves in the hip-hop scene aren’t what you might expect. Female rappers are taking the game to new levels — the most notable being Lil’ Wayne’s protege, Nicki Minaj. But she’s not alone, not even close.Minaj may be leading the charts, but she’s standing next to other ladies of note, like the Sri Lankan powerhouse M.I.A., who combined elements of hip-hop and electronica to create a sound some call genre-less. In M.I.A.’s wake are other budding multicultural female rappers like Amanda Blank from Philly, Bay-Area Kreayshawn and Filipino Abie Flinstone."There’s a lot of talent taking root among female rappers and hip-hop acts right now. Since the days of Eve, Lil’ Kim, Lauryn Hill and Missy Elliot, there’s been a vacancy, but a score of young, multicultural artists are making a comeback and paving new roads," says Jake Shapiro, founder of Big Jake Music, a New York-based record label. "Surprisingly, one of the youngest women in the game is showing some of the most promise, Abie Flinstone."Flinstone, a 19-year-old artist living in Belgium, is taking a fresh approach to her music without caving to the sexpot standard that originated with Lil’ Kim and thrives with Minaj. Make no mistake, Flinstone is young and sexy, but she chooses to let her lyricism and old-school 90s feel speak for itself.Like M.I.A. and many others, Flinstone started writing and recording from the comfort of her bed, aka "Bedrock." But her career has already surpassed its humble beginnings in the recesses of her bedroom. Flinstone got signed with two major labels, Mostiko Records and Big Jake Music, and released a single called "Get Outta My Way" featuring Kaliq Scott."Her voice, I fell in love with it instantly. Her voice is just pleasing to my ear, so it’s enjoyable to mix and edit," Kaliq Scott said when describing his experience working with Flinstone. "I threw her this beat, and I was like ‘yo, this girl’s dope.’"According to Kaliq Scott, at the end of the day, it’s all about creativity and quality. And Flinstone has both in spades. After she got signed off a mixtape she recorded on her laptop, she proved artists don’t need huge studios and production budgets to release successful music.One of Flinstone’s biggest anxieties used to be how she was going to tell her parents she got a record deal. Now, she’s worried about overcoming her fear of the camera. Learn more about Flinstone by following her on Twitter, @AbieFlinstone, or visiting www.bigjakemusic.com.

If you want to buy this website, please don't hesitate to contact us via e-mail: domain (dot) sales (dot) org @ gmail (dot) com